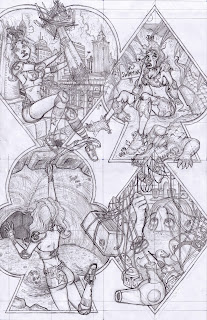 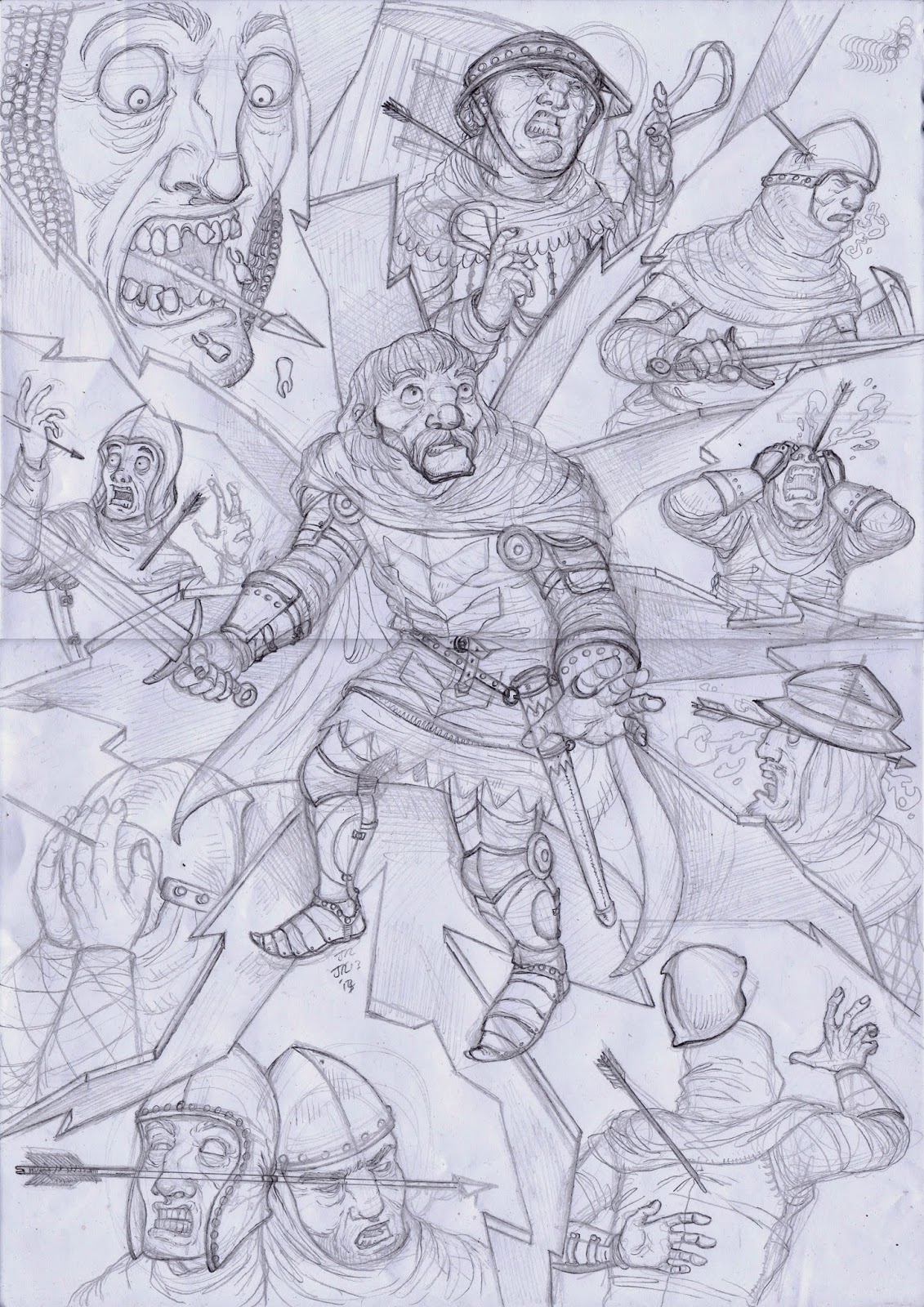 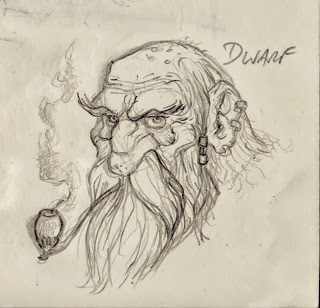 ACORN DWARF
This sketch became the base for
a character I used during the Plymouth
International Book Festival's 24 hour comic,
about three men in a pub, telling tall tales. 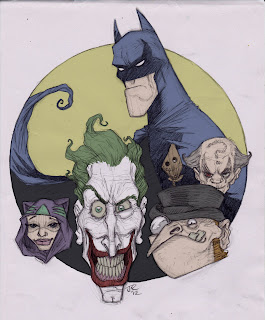 THE UNUSUAL SUSPECTS
Here is a coloured pencil sketch of Bats
and the gang. I quite like Catwoman, as I can't
think of an interpretation of her like this that I've
seen before, and considering how many bloody
incarnations she's had, I'm slightly chuffed with that.